Picnic: Bring your own picnic lunch

Park in Rendlesham Forest. There is a free car park close to the disused airfield.
Further south there is a car park with more facilities but it's Pay and Display.
Alien abduction insurance can be purchased on-line and no doubt anti-probing kits.

This figure eight route could be divided into two shorter walks.

From the west end of the car park, head SW onto a concrete track.
Head west along the concrete until you are close to an airfield perimeter gate.
Turn left, roughly south on the widest track.
There are height guages to warn forestry equipment drivers of low power lines.
The road bends left and crosses another track. Bear right and head roughly south on patched tarmac.
At junction 8, turn right, roughly west. This track is smaller.
Bear left, SW, along the Tang Trail cycle route.
Continue ahead, SW, NOT following the Tang Trail which goes off to the left.
Stay on this narrow track, parallel with a wider track, right.
Close to the road, go through the gate. Cross a small car park.
Cross over the tarmac and head roughly south on a narrow woodland path.
Cross under power lines. Bear right off the main path. Cross a side track.
Head slightly west of south, power lines right.
Ignore a path left.
After a house, bear right, SW, hedge right. Ignore larger tracks to the right and continue SW, hedge right.
At woodland, cross under the power lines, bear right and head west.
At a junction, bear right, NW.
At a crossroads, go straight on and soon join another track. Head NW. Continue NW when a track joins from the left.
At a crossroads with a large water (probably) storage tank, turn right, NE, and join the Sandlings Walk.
At a tiny thatched bungalow, turn right, east, diagonally across the field towards a house beside the tarmac road ahead.
Head as close to the house as possible, cross the tarmac, and head left, NE, along the waymarked Sandlings Path.
Avoid another path north, between dragons' teeth.
Go through a gate and continue NE. Ignore paths both sides.
At junction S7, bear right, slightly north of east and follow the waymark. Ignore more side tracks.
Ignore the Tang Trail, right.
After a gate, at junction 9, go straight ahead, NE, on a wide track, also the Tang Trail.
The road bends left, north, and comes out at buildings, through a gate and onto tarmac.
At a crossroads, turn right, east. There is pay-and-display parking here. Follow the signpost east, to Forest Camping.
Bear left off the tarmac, past two metal barriers. Head due east along the waymarked route following the power lines.
This track is part of the UFO trail.
Turn left, north, onto a crossing waymarked track. Ignore several side tracks one of which is quite wide.
Turn left, west, along the waymarked path.
Soon, the Sandlings Walk goes off to the right.
Ignore this and head west back towards the car park about a third of a mile away.
Take the first left, south, and the first right, west, to avoid a short leg of road walking.
At the road, kink left and right back into the car park.

Rendlesham is included in the Sandlings_Walks walking guide book. 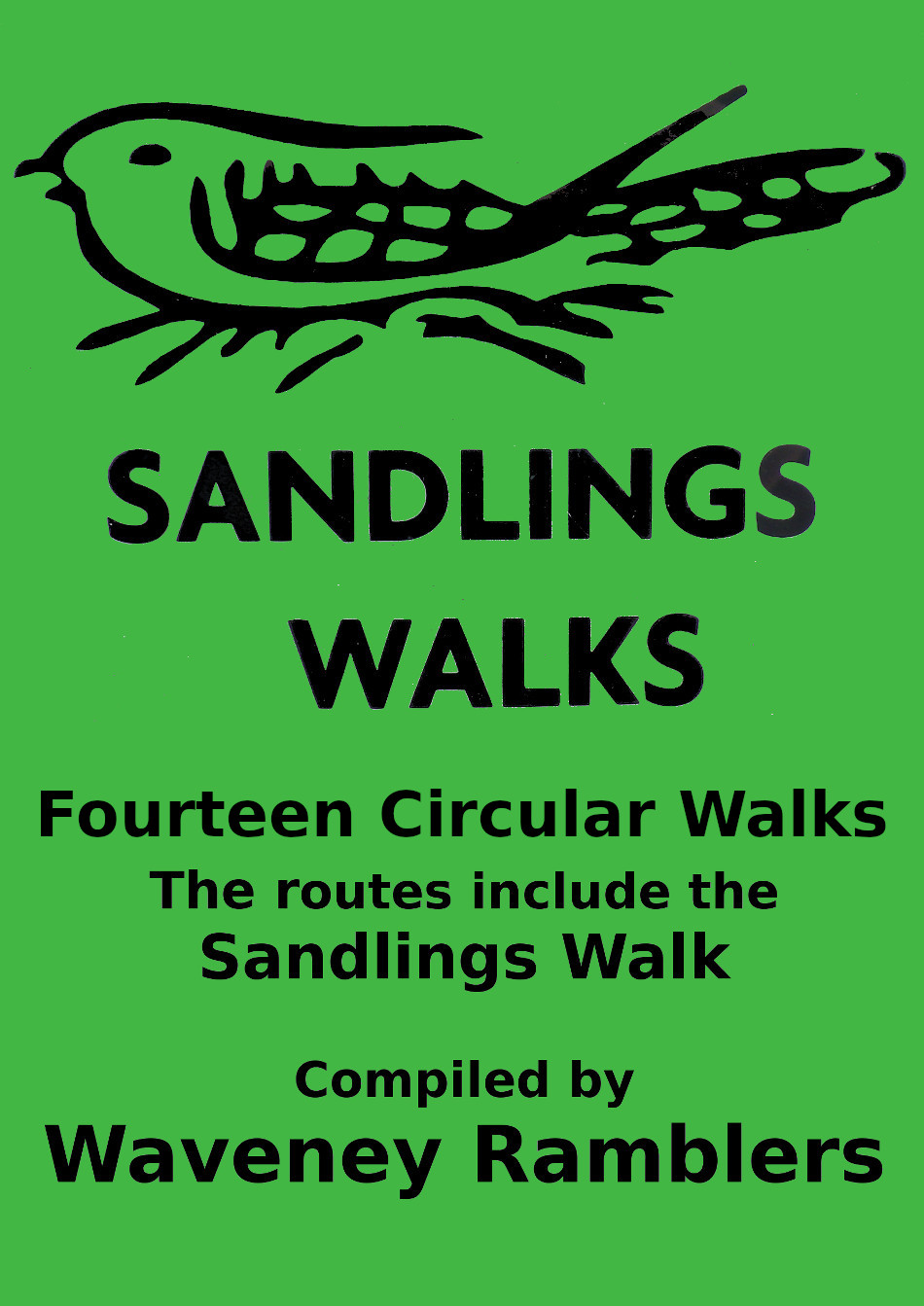